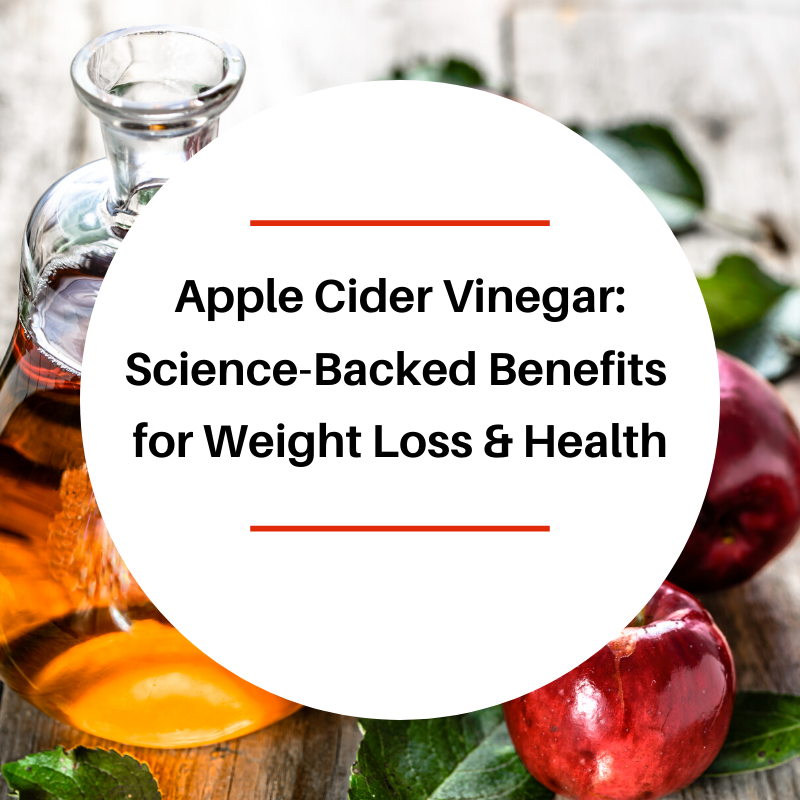 Apple cider vinegar has been touted as a natural remedy for everything from better health to weight loss. There is scientific evidence to support many of these claims.

In this post, I share what research has to say about apple cider vinegar benefits, from its ability to control blood sugar and improve insulin sensitivity to its ability to reduce belly fat and lower cholesterol.

Higher quality apple cider vinegar contains what is called the Mother, which is a substance that gives the vinegar its cloudy appearance.

It’s not clear if the Mother is responsible for the health benefits of apple cider vinegar. Just in case, I buy brands with the Mother included.

There is a lot of support in the scientific literature for apple cider vinegar’s ability to lower blood sugar.

This fact makes it a valuable supplement for those with insulin resistance or diabetes.

One research study showed that diabetic patients who consumed two tablespoons of apple cider vinegar with one ounce of cheese at bedtime had a reduction in their fasting blood glucose reading the next morning.

The cheese was included to make the vinegar more palatable. At the end of this post, I will discuss ways to drink apple cider vinegar as well as whether the pill form of the vinegar is worthwhile (1).

Apple cider vinegar before bed is something to consider if you experience the Dawn Phenomenon, a condition in which you see an unusually high blood glucose reading first thing in the morning.

The study addressed the Dawn Phenomenon specifically, stating that the acetic acid in the vinegar might alter the glucose-producing pathways in the liver. This results in lower morning glucose readings.

There is evidence that taking apple cider vinegar can improve insulin sensitivity.

Insulin sensitivity can be lost due to a poor diet that is high in refined carbs like bread, cereal, and the three C’s: cookies, cakes, and candies.

If you are insulin resistant, you are in a pre-diabetic state that makes it hard for your cells to take in the glucose they need for energy.

A study measured the uptake of glucose by the muscle cells of people with Type 2 Diabetes. It was found that drinking 30ml of vinegar diluted with 20ml of water five minutes before a meal significantly increases glucose uptake (2).

In other words, apple cider vinegar appears to help insulin do its job.

If your body is getting better at controlling blood sugar and insulin, it is likely that you’ll find it easier to lose weight.

There are quite a few research studies that focus on apple cider vinegar’s ability to aid weight loss, in particular, the reduction of belly fat.

A 12-week study found that drinking a beverage that contained either 15 or 30 ml of vinegar resulted in a significant reduction in visceral or belly fat and waist circumference (3).

An additional study confirmed that daily apple cider vinegar consumption can also result in a reduction in the visceral adiposity index, a measurement that links belly fat and cardiovascular risk factors (4).

There are several studies that show that the consumption of apple cider vinegar can positively impact your cholesterol profile.

For example, a study had participants consume 30ml of apple cider vinegar, twice a day for eight weeks. At the end of the trial, the results showed a significant reduction in total cholesterol, triglycerides, and LDL cholesterol (5).

Another review study looked at research about apple cider vinegar’s effect on high blood lipids, which are things like cholesterol and triglycerides. They profiled many animal and human studies that support the claim that apple cider vinegar has lipid-lowering properties (6).

How to Take Apple Cider Vinegar

The research supports many apple cider vinegar benefits. While simply taking it will never be enough to overcome a poor diet, it may give you a weight loss and health edge when used in combination with a high-quality diet.

Apple cider vinegar can also be used in oil and vinegar salad dressing, which is a bit more palatable.

When I’ve discussed apple cider vinegar in the past, I received questions wondering if commercial vinegar pills provided the same benefits as the liquid vinegar.

I was not able to find a lot of research on this topic. This study compared the two and found that the pills did not measure up. At this point, you’re better off taking the liquid form (7).