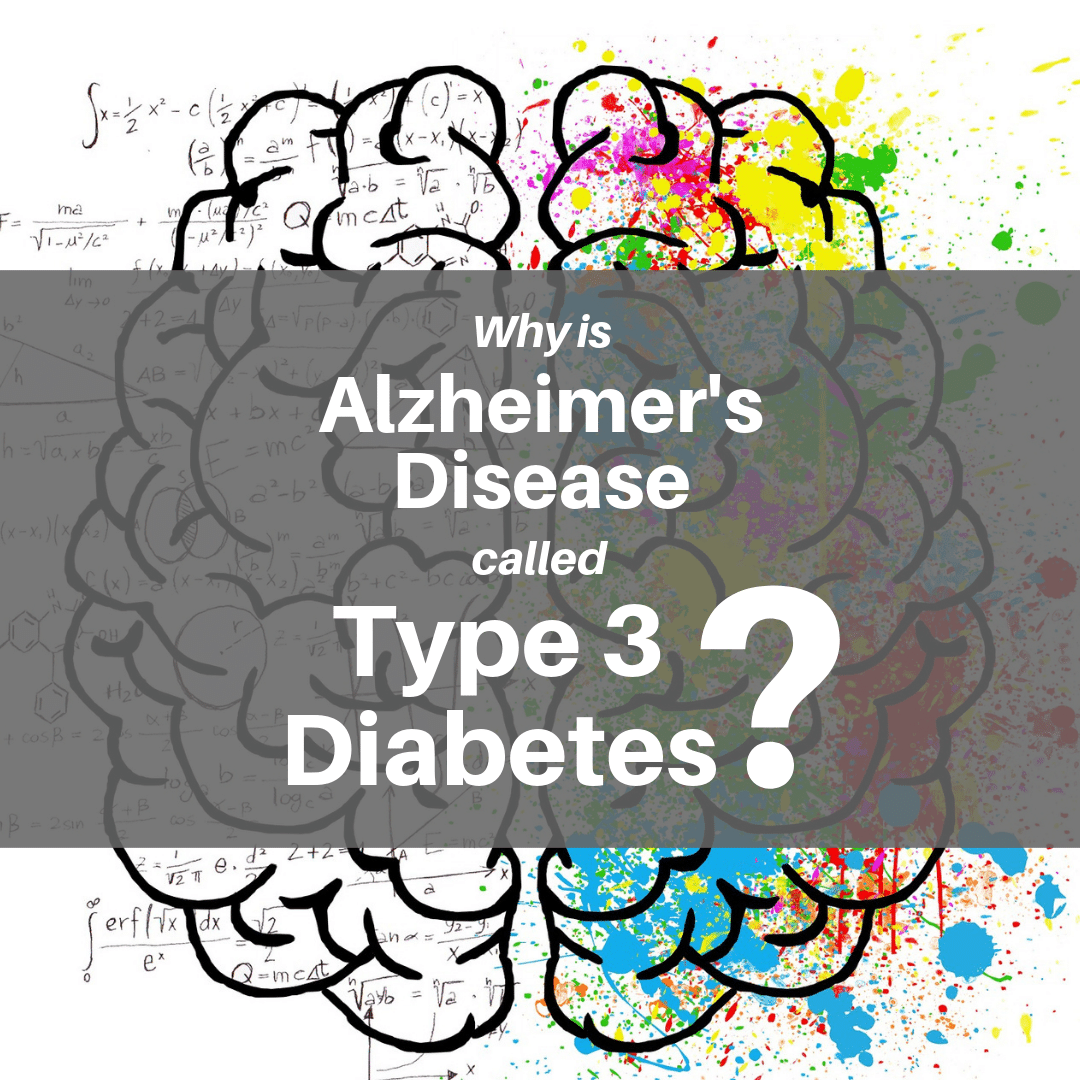 Medically reviewed by Dr. George Kosco, DO on February 5, 2021

When you think of Alzheimer’s disease, what comes to mind?

It is probably an older person experiencing a progressive loss of memory and difficulty recognizing common objects or even faces of loved ones.

For many years we have believed that Alzheimer’s is a consequence of aging with a genetic propensity toward getting it.

In other words, there was nothing you could do to avoid it.

However, there are new understandings about how the foods we eat impact the brain.

These understandings have many linking the disease to our diet.

In fact, Alzheimer’s Disease is now being referred to as Type 3 Diabetes.

In this post, I will discuss how Alzheimer’s is linked to a pre-diabetic state called insulin resistance, and why this might be good news in the long run.

Insulin resistance in the body is a common condition that develops as a direct result of eating the Standard American Diet, which is a diet high in refined carbs and sugar.

How Do You Become Insulin Resistant?

Insulin’s job is to move nutrients into your cells.

Every time you eat these refined carbs and sugary foods, insulin is pulsed out of the pancreas.

The insulin makes sure those sugars (or glucose) don’t build up in your blood.

When we are eating a high-carb diet, we tend to be hungry more often.

The frequent eating that comes with that causes insulin to spike multiple times a day.

After a while, your cells get tired of insulin’s constant deliveries, and they resist insulin’s attempts to drop off the glucose.

This is the state of the body that is referred to as insulin resistance.

If left untreated, it leads to type 2 diabetes.

Insulin Resistance in the Brain

We are now seeing that your brain can also become insulin resistant.

This is why we are starting to hear Alzheimer’s disease referred to as type 3 diabetes.

The idea that Alzheimer’s disease could be related to insulin resistance was first proposed about 30 years ago by Dr. Suzanne de la Monte. (1)

She discovered this connection while running tests on rats.

In these tests, she blocked the insulin production in rats and monitored the effects.

She noticed that this caused their brains to develop the same plaques and tangled nerve fibers that show up in Alzheimer’s patients.

Since that first discovery, there has been research that shows that having diabetes increases your risk of cognitive decline. (2)

The Bright Side of Type 3 Diabetes

If there is a silver lining to all of this, it would be that if a poor diet contributes to Alzheimer’s, then a good diet should protect against the disease.

In fact, there is research to support this idea.

In this study, a ketogenic diet (which is a very-low-carb/ high-fat diet) was fed to mice. (2)

This diet change resulted in a reduction of the hallmark plaque deposits associated with Alzheimer’s disease.

It is also interesting to note that these results occurred despite the fact that the mice were fed saturated fats.

Whether or not saturated fats are to be avoided is a topic that I have discussed in an earlier post.

There are a few things you can do to protect your brain and support your memory and cognitive skills.

Going low-carb does not have to mean zero carbs.

In fact, carbohydrates are found in plant foods.

So a good rule of thumb is if the food still looks like a plant, it is going to be a better choice than a food that no longer looks anything like a plant.

For instance, leafy greens are a much better choice for controlling blood sugar and insulin than a donut or even a slice of bread.

Eat to Protect Your Brain – Replace Carbs with Fats

Another thing you can do to protect your brain and support your memory and cognitive skills is:

Fats do not impact your blood sugar or insulin, and they keep you feeling satisfied.

So make sure that you are including foods like wild-caught fish, eggs, nut, and seeds in your daily diet.

Thank you for reading. I hope this information will help you reach your healthy goals!