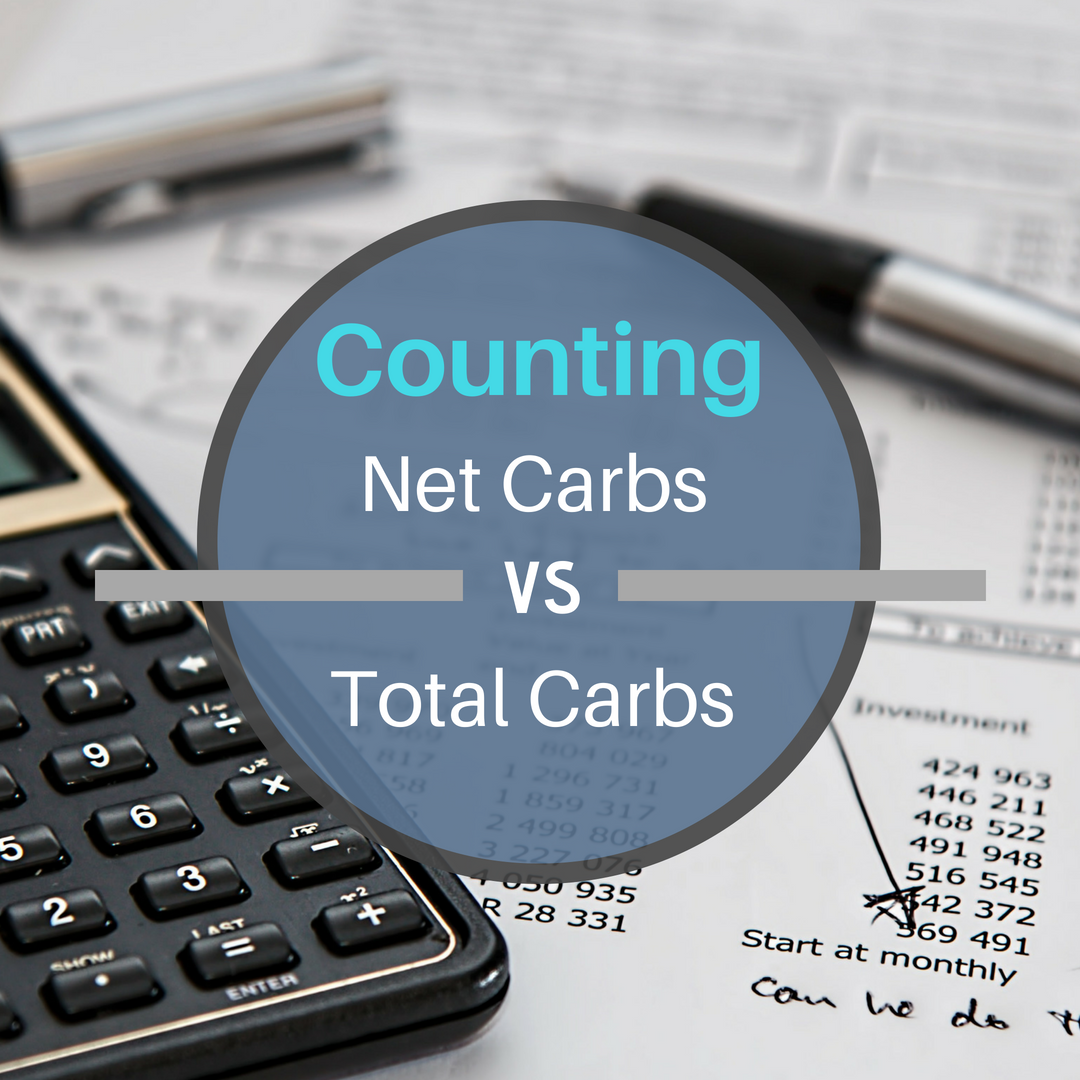 Counting macros is an important skill to learn when following a low-carb diet.

As low-carb diets continue to grow in popularity, you may have seen the term, “net carbs” thrown around.

What does this term mean, and what counts when you follow a low-carb diet? Total carbs or net carbs?

In this post, I’ll explain what net carbs are, how they are calculated,  and share why choosing to count net carbs could make it harder for you to succeed on your low-carb diet.

Counting Net Carbs? It Could Be Sabotaging Your Low-Carb Diet…Here’s Why [Video]

If you follow a low-carb or keto diet, you need to keep track of how many carbs you’re eating. But, should you count net carbs or total carbs?

In this video, you’ll learn:

Counting Carbs Should be Straight Forward

If you are following a low-carb diet, you need to keep track of how many carbs you are eating each day.

You have to do this, so you can be sure to stay in the low-carb range.

Depending on your metabolism, the low-carb range is somewhere between 50 and 125 carbs a day.

Luckily, the Internet, food labels, and phone apps have made counting carbs a fairly easy task.

However, there is this idea of net carbs that gets bandied about that adds a level of confusion.

There are Two Types of Carb Counters

What Exactly are Net Carbs?

What are net carbs and how are they calculated?

Well, net carbs are sometimes called impact carbs because they are the carbohydrates that your body can digest.

Therefore they are the ones that can impact your blood glucose and insulin levels.

So, when we define net carbs in that way, it implies that some carbs resist digestion and that is true.

For instance, fiber along with certain sugar alcohols are not easily or completely digested by your body, so their impact on your blood glucose is not as significant.

How To Count Net Carbs in Whole Foods

Now, calculating the net carbs in whole food, like an avocado, is easy.

You simply subtract the number of fiber grams from the total carbohydrates.

A regular size avocado weighs about 200g and has around 17 grams of carbs. But, 13 of these carbs are fiber.

That means that there are only four net carbs in the avocado.

How to Count Net Carbs in Processed Foods

Calculating the net carbs in processed or packaged food is a little more complicated.

The reason being that companies can also subtract sugar alcohols.

Sugar alcohols are used as sugar substitutes for sweetness.

You can usually tell if they are in a food, by the ‘ol’ at the end of their name.

If you read an ingredient list, and it contains something like maltitol, erythritol, sorbitol, or xylitol, then it contains sugar alcohol.

So, to calculate the net carbs in processed food, you need to find the total carbs and then subtract the fiber grams and sugar alcohols.

In my coaching program, I encourage members to count total carbs for three main reasons:

(*If you fall for a sneak food company’s sales tactics, it can become a hidden reason why your low-carb diet isn’t working.)

Let’s go through each of these reasons more in-depth.

First of all, why complicate things.

If you count total carbs, the only thing you need to do is find out how many carbs a food has and you are good to go.

If you elect to count net carbs, you have to know the total carb count and the fiber content and possibly the sugar alcohol content of the food, before you can even make the calculation.

Keep things simple and you are more likely to follow through with your plan and have long-term success.

Not All Sugar Alcohols and Fibers are Created Equally

Second, not all sugar alcohols and fibers are equal.

In fact, some can be absorbed through the small intestine, and cause a rise in blood glucose and insulin.

Many foods that are marketed as sugar-free or low-carb contain maltitol.

According to Healthline, maltitol has a glycemic index of 35 and an insulin index of 27.

What that means to you is that it is getting into your bloodstream and causing a rise in your blood glucose.

That is exactly what these net or impact carbs are NOT supposed to do.

If you are trying to cut carbs by switching to sugar-free products, you need to read labels very carefully.

This sugar-free candy has maltitol listed three times on the ingredient list.

This is not a good low-carb snack, even though the net carbs work out to just three grams per serving.

Similarly, many packaged foods try to boost the fiber content of their product by fortifying the food with fiber.

However, processed fiber is not the same as the natural fiber we get from whole foods.

Whole foods have the fiber locked inside their structures, so it resists digestion.

We cannot say the same for processed fiber.

One prominent example is IMO, which stands for Isomalto-oligosaccharides.

It is a form of fiber that is often used as an additive.

IMOs do occur naturally, but they can also be manufactured.

Manufactured IMO is a cheap and easy way for food manufacturers to add fiber, and therefore lower the net carb count.

Unfortunately, this processed fiber has been shown to be absorbed by the small intestine.

So, the net carbs reported on the label might be less than the actual carbs your body is digesting and metabolizing.

This fact leads to the final reason that I recommend counting total carbs, and not net carbs.

That reason is “truth in marketing”.

If it isn’t already, net carbs will soon be a marketing strategy used by food manufacturers.

One unfortunate example I found was this product.

The unfortunate part is that I found it in the diabetes care section of my local pharmacy.

On the front of the package, it states that there is only one net carb per serving.

…But if you flip the box over, you see that the company had to do some pretty tricky math to get the total carb count of 21 down to one net carb.

You can see that they took the total carbs and then subtracted the fiber grams, maltitol (which is the sugar alcohol), and also some other carbs.

The other carbs have an asterisk next to it.

That asterisk tells you that nine carbs in the food are what they call, “Non-Factor.”  I can’t say that I understand that to be an official term, and I would say this math is iffy at best.

The bottom line is…if you are counting net carbs, you may be inadvertently taking in more carbohydrate calories than you think you are.

This, of course, may also be interfering with your weight loss.

In my opinion, it is better to count total carbs and keep your diet easy and effective.

Thank you for reading! I hope this information will help you reach your health goals. 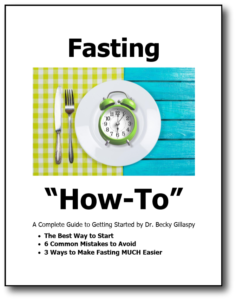 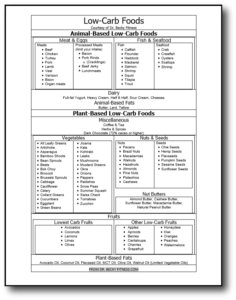